skip to main | skip to sidebar

Your Cranky Reviewer's Been Busy! Today, An Excoriation of Il Divo!

[This is cross-posted at my own blog.] 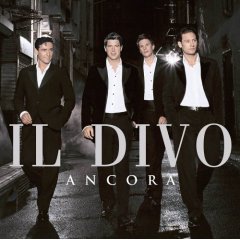 You only think you're seeing four dapper gentlemen. In reality, what you're looking at are Il Divo, the four latest flag holders of the Celebration of the Death of Western Music.

A few months ago I wrote a lengthy review - well, more of an assassination, really - of Il Divo's Christmas album. I called it, "easily the most obnoxious, arrogant, infuriating Christmas album that has yet been produced," and, at least until "Il Divo's Further Violations of The Christ Child: The Christmas Album 2!" appears, I remain convinced of the correctness of my opinion.

Why do I dislike them so? I've spent, unfortunately, a lot of time thinking about this since every time an album has appeared (they're up to three. THREE!), said album gets played all day, every day, for a full freakin' month at the place of my employment. This gives me ample time and reason to muse on the subjects of taste, music, and personal artistic preference.

Let me say at the outset that I realize that mine is a minority opinion. Many people who are far more generous in their opinions than I am simply adore the music, and I can't hold my friends' opinions against them since I also know I like things like this . . . 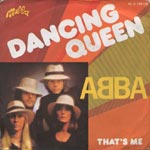 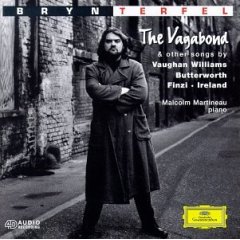 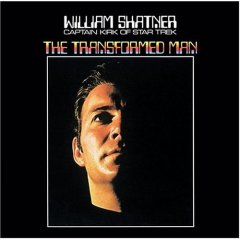 . . . that make my friends think that I'm either a mean-spirited bastage (for not liking Il Divo), or a complete fruitcake (for liking what I actually do like). And I'm cool with that. Having spent so much time mocking the personal musical preferences of others, I'm more than game to be mocked myself. I can listen to "Dancing Queen" several times in a row, fer pete's sake (it's that bass line!), so I'm aware that my taste ain't The Bomb.

But I will argue to my dying day that Il Divo sucks.

The question has come up, in these silent, angry conversations I have with myself (Lord, I hope they're silent) when I'm trying to stock the shelves of Barnes & Noble with literary crap while the music department insists on playing musical crap, "Now, just why is it I think they suck?"

It's hard to explain, but only because mine is a disorganized mind. Still, I'll do my best. Bear with me.

April is the cruelest month, breeding
Lilacs out of the dead land, mixing
Memory and desire, stirring
Dull roots with spring rain.
(etc).

Shakespeare's Fair Is My Love:

Fair is my love, but not so fair as fickle;
Mild as a dove, but neither true nor trusty;
Brighter than glass, and yet, as glass is, brittle;
Softer than wax, and yet, as iron, rusty:
A lily pale, with damask dye to grace her;
None fairer, nor none falser to deface her.
(etc.)

Stiffens and odors bleed
From the sweet, deep throats of the night flower.

The moon has nothing to be sad about,
Staring from her hood of bone.

She is used to this sort of thing.
Her blacks crackle and drag.

and then thinking that you could make a few bucks by just kind of repackaging them.

"Nobody's into this stuff anymore," you say. "Some bells and whistles, and maybe some fiddling with the arrangements, and I'll make millions!"

So you take all three poems and you work them up to sell to modern tastes. First you take Eliot and you change things a bit so that The Wasteland now reads:

And then you take Shakespeare's Fair Is My Love and come up with:

And, finally, you rework Plath's Edge so it becomes an easier to swallow:

And then, after having taken several disparate styles of poetry and making them all sound completely alike you add a mother[censored] drum machine, have the [bad word deleted] things recited by four good lookin' guys, making sure each guy gets to recite one line before having them all repeat the last line together in a ridiculous orgy of spleen- and bladder-exploding SOUND(!), and, finally, just to make sure it gets bought by every dumbass yahoo on the planet, you have these four guys do their [censored] [censored!] schtick on [REALLY CENSORED!] Oprah, who frankly has no critical faculty to speak of and who apparently loves everything she sees and hears.

That's kind of what everyone associated with Il Divo (and, by collusion, network television's very own Cthulhu: Oprah) does to classical music. And this horrific and unnecessary plastic surgery; this crass, criminal mutilation of otherwise beautiful music (um, in most cases - some of the songs are frankly helpless to begin with), is being helped along by people who should by freakin' golly know better.

Worse, it gets sold in amazingly large quantities.

Aw, hell, I tell myself. Andy Warhol is still called an "artist" in spite of all evidence to the contrary, so what do I know?

Apparently, I either I know too much or not enough.

I've only heard a few of their songs. I saw them debut (I think on Oprah), and I cannot believe how these guys have gone anywhere. I was honestly horrified with my mouth hanging open that Simon would attach his name to these guys.

TO me it's one thing: they're all trying to outsing each other, and then there's the two-note spread on the vibrato.

4 of them singing at once, makes my head pulse and my stomach turn.

Every election, Uncle Woody likes to summarize the California Voter's Pamphlet. Unfortunately, searches on the web for "conservative voter guide" always bring up my older efforts. This space, then, is meant to be a pointer to the latest:

Woody
I love being a dad. Come share the adventure with me!