skip to main | skip to sidebar

It's a Brave New World Out There

Someone should tell the Democratic candidates.

John Edwards having already cut and run from the second proposed Fox News debate now stands merely as first among "equals." Hot on his lead, Barack Obama decides that cowardice is the better part of valor and also decides not to participate in the Fox debate. A debate, one might add, co-sponsored by the Congressional Black Caucus of which Obama is presumably a member.

Not to be outdone, Hillary Clinton apparently becomes now the third major Democratic candidate to suffer from vulpeserophobia in just a few short days. Clinton's mouthpiece goes so far as to say that they will only participate in Democratic National Committee sponsored debates.

This is no longer a case of merely trying to avoid potentially uncomfortable questions from a Fox moderator. This is now a concerted, orchestrated effort by the DNC to attempt to discredit a legitimate news agency during a time when candidates need all the exposure they can get. Yes, we freely admit that Fox correspondents and editors are no friends of the Democratic party. But when - when - was CNN or PBS ever a friend to the Republican party? Do you mean to tell us (with a straight face) that CBS provides "fair and balanced" coverage of any Republican?

Thus it is that we mere nobodies (I believe we are cynically referred to as "voters" every couple of years) are left to wonder just what it is that these Democratic powerhouses are hiding. Or, perhaps more appropriately, hiding from. 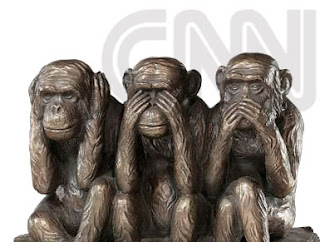 John Edwards, Barack Obama, and Hillary Clinton announce that they will not be participating in the second proposed debate co-sponsored by Fox News

Howard "The Duck" Dean defends the decision to participate in DNC-sanctioned debates exclusively: "Hey, if we want to take our ball and bat and go home, that's our Constitutionally guaranteed right."
Not sure about you, but somehow all of this fails to surprise me.

Every election, Uncle Woody likes to summarize the California Voter's Pamphlet. Unfortunately, searches on the web for "conservative voter guide" always bring up my older efforts. This space, then, is meant to be a pointer to the latest:

Woody
I love being a dad. Come share the adventure with me!